Where You Are: Dignity in Care > About > Dignity Ambassador 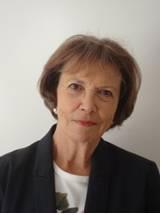 The Dignity in Care Network is happy to announce Baroness Joan Bakewell as our Dignity Ambassador, taking over from Sir Michael Parkinson.

Baroness Joan said:
"I am delighted to be associated with the Dignity in Care Campaign and the efforts it makes to understand and promote dignity. This is done with tenderness and generosity. Wide may its influence spread."

We would like to take this opportunity to thank Baroness Joan for taking on this responsibility, we look forward to working together to help promote the importance of treating everyone in care with dignity and respect.